As The Neko Jinja Is A Shrine For Cats, They Don’t Thoughts Sitting On It

Off the Eastern shore of Japan, a paradise for cat lovers waits among the waves of the Pacific.

There, cats do as they choose, waiting to be admired by visitors to their island.

The island of Tashirojima has long been known as Cat Island thanks to the felines that prowl the sandy shores and forests. And strolling down the street, you’re more likely to run into a cat than a human as there are more felines calling the island home than people. Sounds like the ideal relocation spot for the cat lover!

But the kitties weren’t always the main residents of the island.

The inhabitants of Tashirojima used to raise silkworms for the production of fabric or they fished the abundant waters. Felines were brought to the island to protect the silkworms from mice, but they soon realized hanging around with the fisherman also earned them tasty morsels from the ocean. Between silkworms and fisherman, the island had the ideal perks for a cat. As the human populous aged and waned on the island, the cats thrived. Soon, the felines outnumbered the humans 3 to 1. And now, the cats rule the island, making themselves comfy wherever they choose.

Including a shrine built to honor cats.

In Japan, folklore tells us feeding cats offers protection to the feeder as well as a blessing of good fortune. On the island, the fisherman also believed the cats brought good luck. So, as they set their hooks, fisherman gave thanks to the cats in the form of tasty fish. Between handouts, fish, and mice, the cats of Tashirojima grew fat and plenty.

But legend tells of an unfortunate incident in which a cat was killed by falling rock. To honor the lost feline, fishermen built the Neko Jinja shrine. Over time, more and more beckoning cat figures have been added to the shrine, along with other offerings a sacred cat spirit might enjoy.

The cats of the island have found the shrine an ideal place to settle in for a snooze. 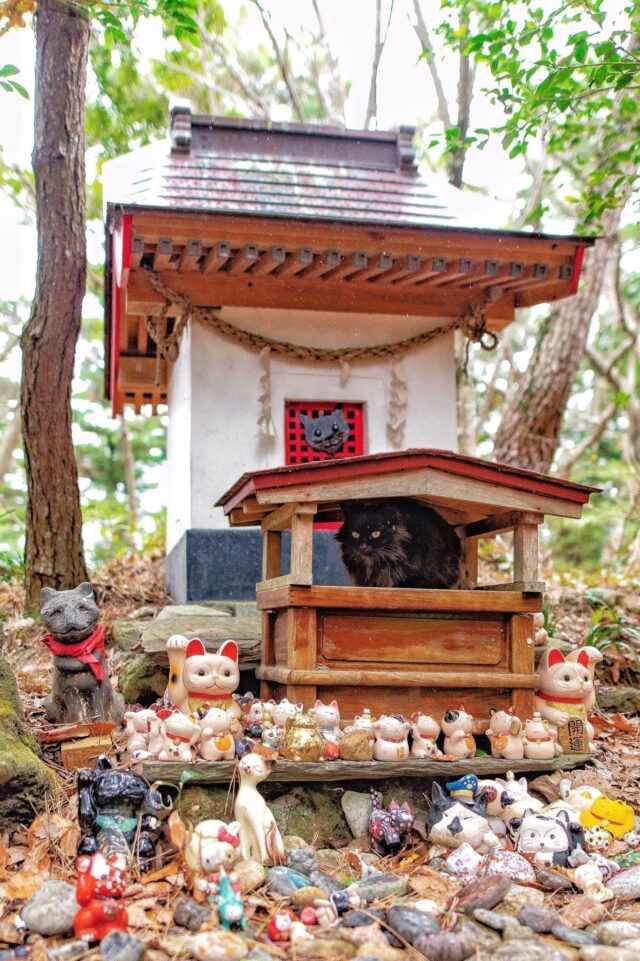 Or dodge the rain. 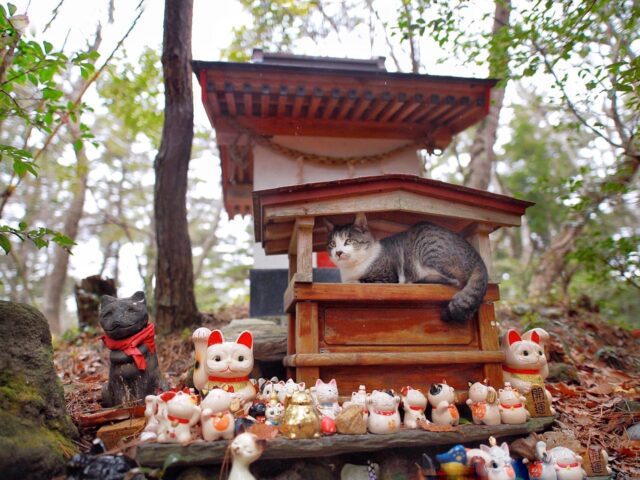 With so many offerings placed at the shrine, cat curiosity has so much to investigate. 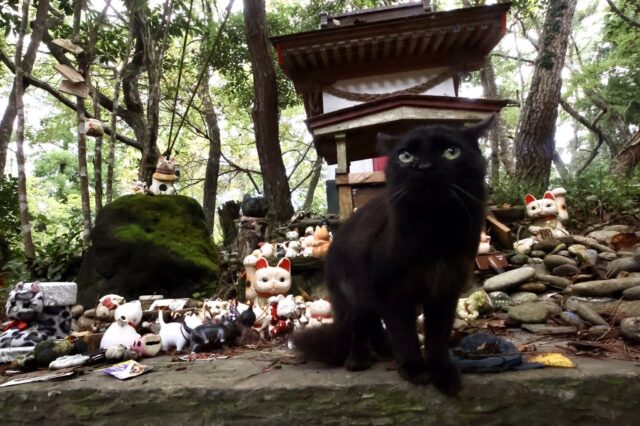 And the cats would like to point out, the shrine was built to honor felines, so why shouldn’t they take snooze there? Tashirojima and the Neko Jinja shrine offers more proof that cats think the world was made just for them!

A Tribute to the Canine Who Saved Me