Our founding editor remembers the beginnings

When editor Matt Mendenhall called to tell me that another milestone was imminent for BirdWatching, I was immediately interested. "It's the 200th edition," he said, "and the 34th year." I thought back to an earlier milestone when former editor Chuck Hagner called me in 2011 to remind me that 2012 would be the 25th anniversary of the magazine, which began as Birder & # 39; s World in 1987 with 13,667 subscribers. That was huge. And it still works.

The memories of the concept and the launch began to flow as I relived this exciting and somewhat hectic time. My idea of ​​starting a bird watching magazine didn't develop slowly over time, but rather as a lightning bolt on the night of November 3rd, 1980. Why then? No idea. I was having trouble falling asleep and started thinking about my future and things I might want to do. I suddenly realized that I needed a high quality bird watcher magazine.

The next day we leafed through magazines and selected items that would make the perfect bird watching magazine. Then came the challenge of creating a dummy issue with articles, repeating departments, special features, and advertising.

A few years earlier I had met Roger Tory Peterson, the genius behind modern field guides, who published the first in 1934 and is widely known as the "Father of Bird Watching." It was a wonderful time and I learned that he had a great feel for the bird watching market and most importantly, was the nicest person.

As my magazine researched further, I made meeting Peterson my primary goal. I sent him a detailed package through the magazine and asked if we could meet to discuss it. He liked the idea and was interested in getting together. He had a book tour to Cleveland and an 8am meeting was arranged for us at the Museum of Natural History. This most important meeting in the history of the magazine was almost torpedoed by a group of children. Let me explain.

I got to the museum early and was ready. Everything I wanted to show and explain to him was well laid out. Peterson, a very responsible person, was unusually late. I looked anxiously at the clock. I had been told that the end of our meeting was a tough time because he had to go.

A moment later a woman came smiling and said Roger was about to get up. She said, "I'm sorry he's late." She continued that Roger got to the building on time, but the "bird lobby" on the first floor was filled with three busloads of elementary school students. "It is impossible for Roger to walk through a room with teenagers and birds and not stop," she explained. "He's been asking and answering questions all along."

We had a great, but shortened meeting. Feeling bad about being late, he invited me to his Connecticut studio for two days to continue discussing the magazine and how he could help. Did i hear that right? Did he say how he could help? He has. Talk about exciting.

More than a number 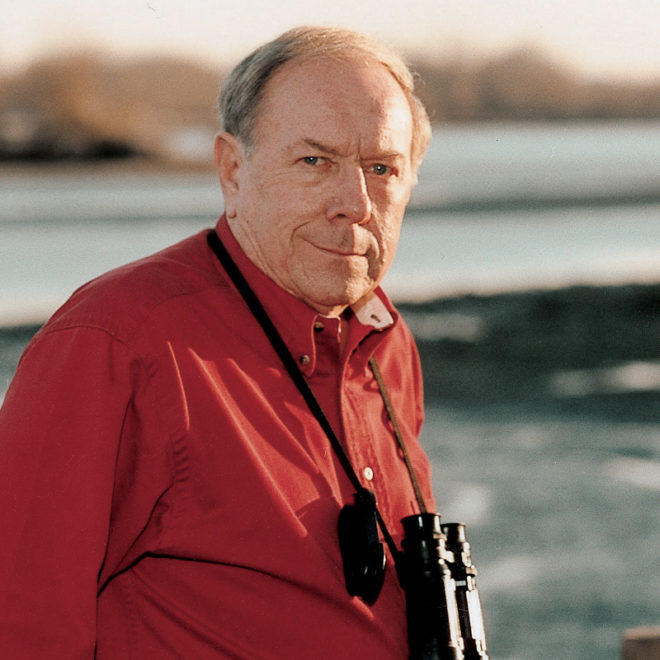 On the occasion of the 200th edition, Matt asked me if the number 200 had any special meaning for me as a bird watcher. It did. At the beginning of the development of the magazine, Pete Dunne of New Jersey Audubon developed his idea for a "World Series of Birding". He envisioned a 24-hour birding contest – midnight to midnight – that was restricted to New Jersey and held at Cape May Point State Park in mid-May. Such an event could result in a magical number of 200 different bird species counted in a single day.

At the first World Series of Birding in 1984, Pete raised an all-star team: himself, Roger Tory Peterson, David Sibley, the late, great Pete Bacinski, and writer Bill Boyle, and they promptly set the standard of competition and captured 201 in ways including a fork-tailed flycatcher out of range. In the 36 years since then, few teams have exceeded their total numbers.

Since 1984, Pete's idea has raised approximately $ 9 million for bird talk. Yes, the number 200 means something special to us bird watchers. Thanks, Pete.

Bird watchers face a very difficult task. Conservation efforts continue to lag behind what is needed. You probably know that a recent study showed over 25 percent bird loss (over 3 billion individuals total) in a wide variety of species over the past 50 years. The need to attract more people to bird protection has never been greater.

One means is to support the World Series. Another is to join a good bird protection organization. See the sidebar below for examples.

Wetlands and grasslands are two of the most important habitats for bird survival. Both face intense competition from development and agriculture. Whenever you're looking at a natural habitat that looks good for birds, you can be sure that someone else is looking at the same property for development. Usually the developer is willing to pay more than one to get it. So we have to work together.

Bird watching is an exciting pastime and hobby for millions of North Americans and our brothers and sisters around the world. We once thought bird watching was a free resource. It's getting less and less free every day. It was never actually free, but we didn't realize it. Now we know. Please help. And many thanks to everyone who subscribed to this magazine and read its online offers. It was a great ride.

This article was first published in the March / April 2020 issue of BirdWatching magazine, our 200th issue.

Sign up for our free e-newsletter to receive news, photos of birds, tips on dressing and identification, and more in your inbox.

By mixing genes, a songbird takes a shortcut to speciation