Tabby kittens Gilligan and Milli were found on the streets without their mother.

But these little sweethearts have grown up strong and healthy thanks to the care of an unlikely foster mom who loved them with all her heart!

At only three weeks old, kittens need constant care and the warmth and protection of their mother. Without it, kittens on the street often don’t get the chance to live the spoiled and happy life they deserve. But thanks to rescue and foster magic, abandoned kittens do get their shot at life.

Gilligan and Milli are fine examples of what kindness can do thanks to both their human foster mom and foster mama dog, Kona.

Kona and her mom, Asa, had been taking a break from fostering and when the time came to foster kittens again, the Manhattan branch of Animal Care Centers had just taken Gilligan and Milli into their custody. As a volunteer with MACC, Asa couldn’t resist the adorable tabby duo.

Kona fell for Gilligan and Milli right off. And it seemed the kittens felt the same, marching right up to the caring dog mama. Asa told LoveMeow, “It was love at first sight on both ends.” 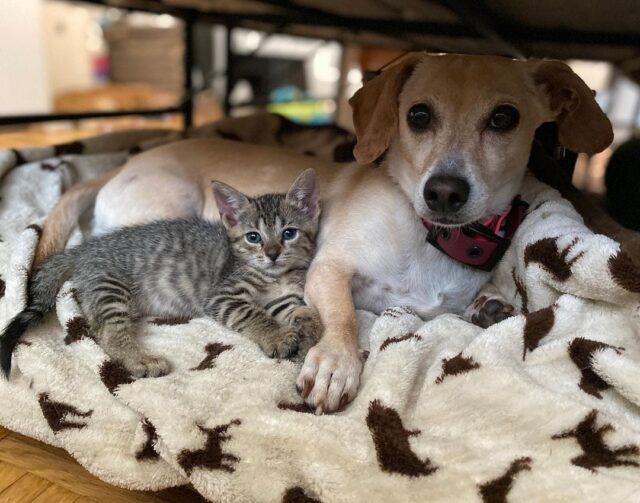 While 7-year-old Kona’s puppy birthing days were long over, the maternal instinct remained forever with her and she was so happy to have babies who needed her love. Asa shared, “I think it’s safe to say Kona’s the most excited about our little houseguests.”

It’s been nonstop naps, cuddles, and kisses for Mama Kona and the kittens. Both kittens sure love their foster mama, but Milli makes sure to stay close to Kona’s side as she’s “grown up to be such a mama Kona’s girl.” 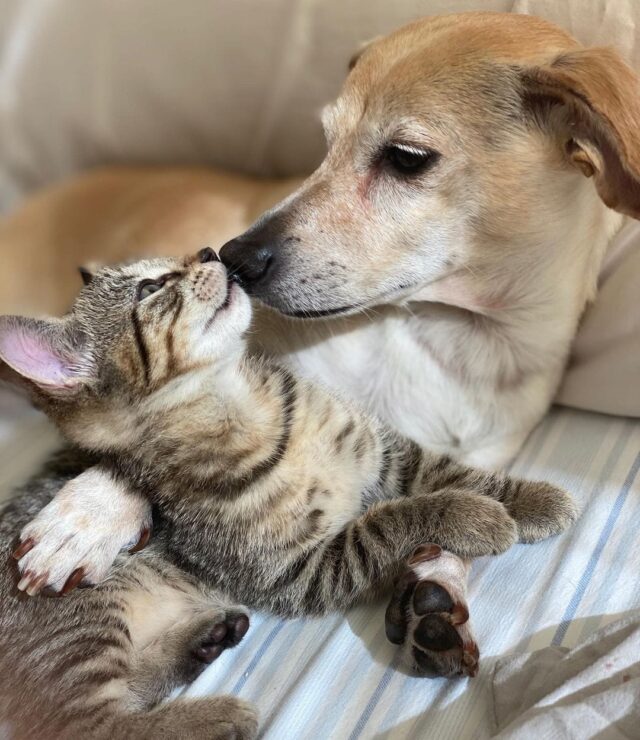 Kona has developed a new quirk in caring for these foster kittens. “Kona has always been a great mom to foster kittens but these two are the first ones she’s ever carried. She carries them to her bed to give them all the kisses in the world.”

Who could blame her, those tabbies are too much cuteness! 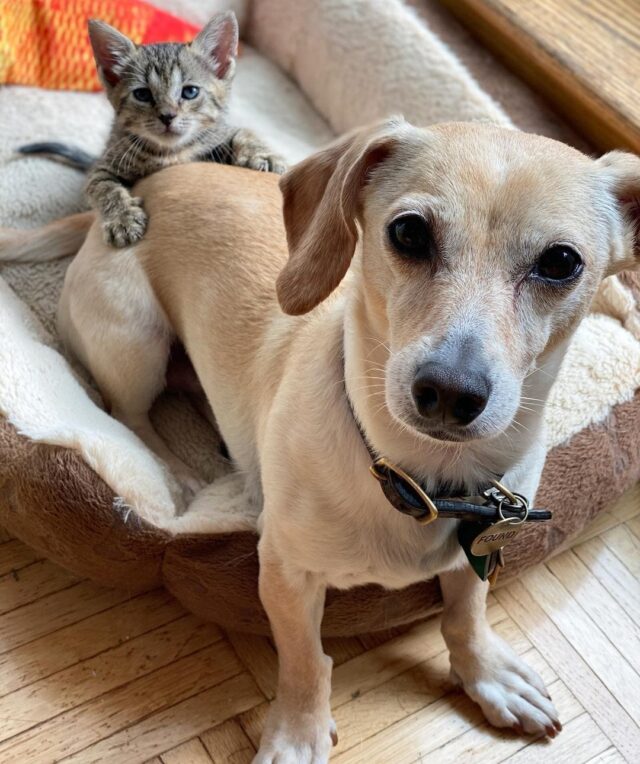 Kona and Asa first met when Kona came to her as a foster dog with three puppies. The puppies grew and went off to forever homes, but Kona was already forever home. Asa knew the doting mama dog was meant to stay. “She came to me as a foster, and she ended up becoming a ‘foster fail’.”

And together, Kona and her mom are giving kittens the chance at life they deserve!

What to do in case your cats have a battle

Pint-sized kitten present in a bush blooms into a fantastic, courageous calico